How Does Hail Form in Nebraska?

A sunny afternoon can instantly turn into a destructive event if a hailstorm occurs. Hail is much more damaging than just rain, and even when it is small, it can create a significant amount of damage for property owners to manage. What is hail? Why does it occur? Most importantly, what needs to be done after a hailstorm to ensure the property remains safe?

Hail is a form of precipitation. It forms when drops of water freeze in the upper regions of a thunderstorm where the conditions are typically cold. Hail, or hailstones, can range in size from as small as 0.20 inch to as much as 6 inches. Sometimes they are round, ball-shaped, while other times, they can have a more jagged surface.

As National Geographic points out, hail is not just frozen raindrops. When rain freezes, it creates snow. Hailstones fall from the clouds as a solid. By comparison, frozen raindrops fall as water and then freeze, typically closer to the ground.

Hail forms within clouds. It occurs when layers of water attach to each other and then freeze within the cloud. Contrary to belief, hail does not happen as much in the winter as it does in the warmer months, especially during high periods of thunderstorm activity.

Eventually, it then falls to the earth. That typically happens when the hailstone is large and heavy and therefore cannot be maintained by the cloud and wind due to its weight. It can also fall to the ground as a result of the updraft fading and the wind slowing down.

When Do Hailstones Form?

Hailstones typically form in thunderstorms. They can occur at any time of the year, but typically in warmer weather when thunderstorm risks are the highest. Most of the time, they occur in cumulonimbus clouds. These clouds are very dense, and they tend to be very long, vertical clouds. The clouds themselves form from water vapor that is carried upward by air currents. These are known as thunderclouds. Hail forms within the upgrades of those clouds.

Why Does Hail Cause So Much Damage?

Hailstones can be very large in some situations. If they are able to remain in the updraft circulating around and around for a long period of time, which can be common in very large thunderstorms, they can grow to be as large as a golf ball. Some reports have found hailstones as large as a tennis ball. Though larger sizes are less common, they can occur.

Imagine the force and pressure that comes from a hailstone that is the size of a baseball. It is easy to see how that can strike a roof, window, or car and cause a significant amount of damage. However, what’s also important to note is that it is not just the size or weight of the hailstone that causes the damage. Rather, it is also the force at which it is being thrown at these surfaces.

The larger the hailstone is, the faster it falls from the sky, thanks to the effects of gravity. As that speed increases, the amount of force does as well. Over time, this creates a significant risk for a big impact. It’s not uncommon for larger size pieces of hail to create holes in the structure of buildings.

But Most Hail Is Smaller

The good news is that most hailstones are much smaller, only being an inch or two in size many times. That means there is less force and less overall size to worry about, right?

The key to remember about smaller hail is that it is still very dangerous. If you were outside when it fell, it could cause pain and discomfort. It definitely can cause damage to other surfaces as well.

Even smaller sized hail can create pot marks on the surface of a roof. The roof, which is made up of numerous shingles (in most cases), can be susceptible to hail striking it and damaging it rather easily. Each of those smaller indentations or pot marks is creating enough change in the surface of the shingles to make them uneven. This can lead to pieces of the shingles breaking off.

How to Get Help for Hail Damage

If you have had a hailstorm recently, it is important to inspect the surface of the roof to look for hail damage. Look for any areas of indentation along the surface. If there is enough damage, your home insurance company may help you to replace the roof due to the hail damage (generally, there is a 2-year or other limit on how long you have to file a claim).

For the best results, be sure to turn to a roofing company to provide a full roof inspection. This helps keep you safe on the ground while the team works to look at the damage to your roof. Any time there is a hail storm, there is the risk of this type of damage, warranting an inspection. What to Do if a Neighbor’s Property Damages Your Roof

Did a neighbor’s tree, satellite dish, or lawn equipment fly onto your roof? It may have originally belonged to someone else, but anything that lands

How to Keep Animals Out of Your Roof Vents

Nebraska can be brusque, harsh, and bristling with cold. When things get really harsh out, nothing feels better than being tucked away inside. Animals seek 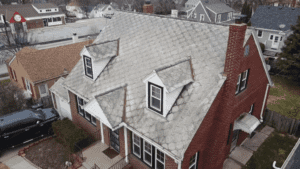 How to Tell if You Have Asbestos Roof Tiles

Asbestos was used widely in building materials prior to 1989. Due to the aging asbestos materials, an asbestos inspection to make sure your roof is does not have any damage of your family’s health and safety is free of charge. 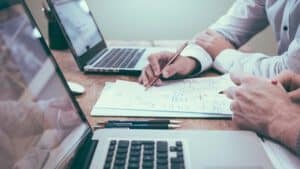 Knowing if you can claim the cost of your roof repair on your tax deductions may not be as straightforward as you think. The easy

Call us now to schedule emergency tarping/inspection services, or click the link below for more homeowner resources.

Want to talk to a roofer instead? Call us today!

Select an option below to send us a message or schedule your free inspection today!